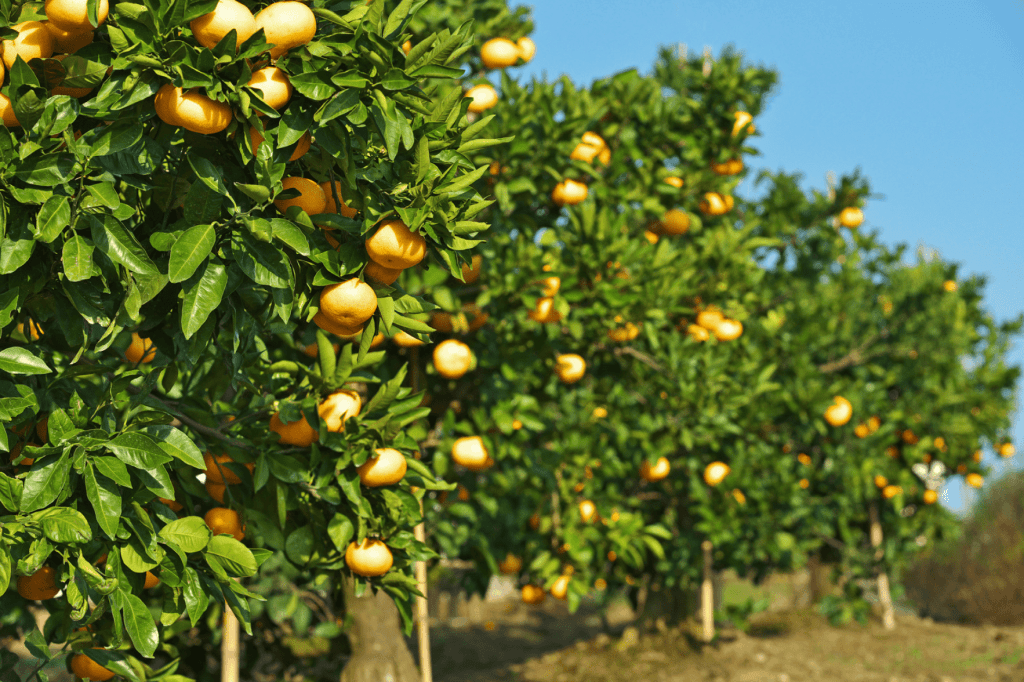 The time of year between mid-fall and the New Year hosts important holidays across many different cultures worldwide. One thing many of these traditions have in common is citrus. Here in North America, oranges were traditionally given as a stocking gift back when oranges were more of a luxury than today. This tradition probably comes from the German tradition of placing oranges in children’s shoes that they put out for St. Nicholas’ Day. In Japan, people celebrate the winter solstice with a citrus fruit similar to a grapefruit. And for Sukkot, a fall Jewish holiday, some folks incorporate an etrog, or citron, an ancient citrus species similar to the lemon.

No matter which holidays you observe, there’s no denying that people around the world value different citrus fruits. Seeing how citrus fruits are older than humanity itself, it’s no surprise these fruits have important places in cultures around the globe.

1. Citrus trees go back to the late Miocene epoch

Ah, yes, the Miocene epoch. A time in the earth’s history that lasted from 23 million to 5.3 million years ago. If we traveled to the Miocene epoch, we might recognize several animal species from modern life or your history books. The first dogs and bears appeared, along with saber-toothed cats, primitive deer, antelope, sloths, and elephants. Most modern species of whales, seals, and bird species like herons, eagles, and crows had already appeared. In Europe, the Alps were uplifting to their heights, and in southeast Asia, monsoons became weaker as the planet’s overall temperature cooled.

This regional change in southeast Asia likely allowed ancient citrus trees to diversify and spread. Researchers conducted nuclear genome-based phylogeny and found 60 accessions showing citrus diversification in the late Miocene epoch, followed by a rapid expansion throughout southeast Asia from their original location in what is now northeastern India, southwestern China, and Burma. Mandarins, kumquats, and primitive lemons were included in this expansion. A secondary expansion occurred in the early Pliocene epoch (5.3 – 2.6 million years ago) when the world said hello to Mastodons and the earliest humans, australopithecines. This citrus expansion saw the rise of Australian limes.

2. Citrus grows on every continent except Antarctica

Ancient citrus plants might have originated in a relatively small area, but over just a few million years, citrus plants spread across the globe. With the help of nature — and, eventually, humans, who found citrus delightful — these plants now grow in North and South America, Africa, Asia, Europe, and Australia.

3. There are over 60 species of citrus trees

The orange is one of the most successfully-cultivated fruits in agriculture. Across the globe, there are over 60 species of citrus trees. About 10 of these are commonly used in agriculture. In the United States, Florida and California are the top citrus-producing states. In California, growers produce lemons, grapefruit, and different varieties of oranges, kumquats, and tangerines.

4. An orange a day keeps the doctor away

People have understood the health values of citrus for centuries. Sailors kept citrus on board to combat scurvy. While they didn’t understand Vitamin C back then the way we do now, they knew people who regularly ingested citrus stayed healthier than those who became Vitamin C deficient and developed scurvy. In India, some people swear by drinking hot water with lemon and a bit of honey every day as a health elixir. According to WebMD, citrus indeed boasts numerous health benefits, including:

5. When life gives you lemons, clean your home

People use citrus in all kinds of cleaning products and methods. Some people swear by lemon juice as a natural whitening alternative to bleaching laundry. Lemons and oranges are commonly paired with vinegar in homemade all-purpose cleaners that can clean grout and remove stains from countertops. The citrusy smell helps cover the strong vinegar. If you compost, adding some citrus peels to your compost may help it break down a little faster and smell slightly better.

Humans have enjoyed citrus for eons. We’re lucky to live in a time when we can acquire citrus fairly easily, and it’s no longer a luxury reserved strictly for nobility. And in California, we’re lucky to have the climate and soil in parts of the state where citrus trees thrive. Here at Fruit Growers Supply, we’re here to support our citrus growers. We provide custom irrigation design, bulk farm supplies, and we’re a local pallet supplier, among other things. So whether you’re looking to prep your citrus trees for winter or incorporate the newest irrigation technology, let us be your first call.