California is known as the “salad bowl” of the United States — and for good reason. The Golden State produces over half of the nation’s fruits and vegetables, with one-third of America’s produce coming from the Central Valley alone.

Despite ongoing water shortages, growers in California can still take advantage of profitable crops for sale domestically and internationally by using smart irrigation techniques and applying mulch. If exporting your produce might be an attractive proposition, read on to discover the best fruit to grow in California for the foreign market.

The Mediterranean climate and fertile soils of the Central Valley make California an ideal place for growing table grapes and wine grapes — in fact, California is the world’s largest producer of wine outside of Europe!

If you’re looking for the best fruits and vegetables to grow in Southern California, focusing on grapes could bring in a tidy profit. In the year 2017–2018, California wine exports earned the state $1,401 million while table grapes earned a nice $795 million. Wondering if there’s any other reason that grapes could be among the best fruit to grow in California for export? Derivative products like raisins and grape juice are also popular for export with raisins earning $307 million and grape juice bringing in $29 million in the 2017–2018 growing year.

Another Mediterranean favorite that performs superbly in California is citrus. In 2017, exports of fresh oranges and orange-derived products brought the state $677 million with lemons earning $219 million. As a food product that keeps well when waxed, citrus is some of the best fruit to grow in California for export if you have some south-facing acreage and a steady water supply.

If you’re ready to diversify and introduce a few new citrus varieties to your orchard, tangerines, mandarins, and grapefruits are the next most lucrative crops to grow for export, earning California $49 million for tangerines and mandarins and $34 million for grapefruit in 2017.

As one of the best fruits to grow in California, oranges are currently exported to Korea, Canada, China/Hong Kong, Japan, and other destinations. The export countries for other citrus fruits grown in California are somewhat similar, with all citrus fruits besides oranges additionally going to the European Union and 5% of export lemons shipped to Australia. 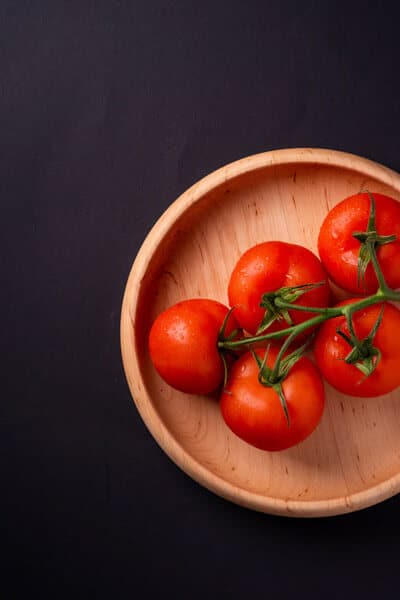 Tomato paste, anyone? The ninth highest-earning agricultural commodity in California and a popular crop for export, tomato is another of the best fruits and vegetables to grow in Southern California. A more water-efficient crop than grapes or almonds, tomatoes brought in $645 million in processed product exports in 2017 and $41 million in fresh tomato exports in the same year.

California currently ships processed tomato products to Canada, Mexico, the European Union, Japan, and several other countries, with 87% of fresh tomatoes going to Canada and less than 5% going to Mexico.

Another of the best fruits to grow in California for sale nationally and internationally, strawberries offer a year-round growing season and a higher yield per acre in California than anywhere else in the country. Currently, California exports strawberries to Canada, Mexico, Hong Kong, and Japan with seven times more strawberries destined to Canada than any other country.

A summertime favorite, stone fruits such as cherries, peaches, nectarines, plums, and avocados provide a lucrative opportunity as some of the best fruit to grow in California for export. As stone fruits require cold winters and warm, dry summers, consumers in countries like Canada depend on imports for enjoying these delicious commodities.

Figuring among the best fruits and vegetables to grow in Southern California, peaches and nectarines also find a ready market in countries south of the equator such as Australia during the peak harvesting months, due to continuing consumer demand in the Southern Hemisphere’s off-season.

A rather delicate crop that requires specialized packaging for export, raspberries and blackberries figure among the top 20 best fruit to grow in California — with 77% of California’s export berries going to Canada and 6% destined for Japan. In 2017 alone, export sales from these two berries grossed $130 million, with 82.2% of all export berries from the United States coming from the state of California.

A rising health consciousness has increased the demand for dried fruits around the world, and California growers have risen to the challenge. In 2017, some of the best fruit to grow in California included raisins, dried plums, dates, and figs, with 100% of the country’s export raisins, dried plums, dates, and figs being produced in California. Respectively, these four crop types earned the state $307 million, $140 million, $54 million, and $16 million for a total contribution of $517 million for dried fruit exports.

As the product type with the longest shelf life, dried fruit exports can continue to provide an income even when fresh fruit season is long over. This makes them some of the best fruits to grow in California for year-round income and lower risk of spoilage.

An industry partner with over 100 years of experience, Fruit Growers Supply can offer you the expertise you need to make your growing enterprise turn a profit year after year. In addition to providing information about the best fruits and vegetables to grow in Southern California, we offer smart irrigation solutions for water-conscious farmers and customized packaging that meets the customs requirements of your export shipping destinations.

You can learn more about the best fruit to grow in California by reading our blog and start to enjoy better packaging and irrigation solutions by calling our team for a personalized, no-obligation quote today.