It’s no secret that California produces more—and better—wine than any other state. But just what is it about our beloved home that makes it the best place to grow your libations? Today at Fruit Growers Supply we’re going to be taking a look at the role climate and farming plays in making California viticulture best in class.

What do California, Tuscany, and Morocco all have in common? They all make some of the best wines on the planet, and they all share a luxurious Mediterranean climate in which to grow them. Mediterranean climates are known for their comfortable, steady temperatures that trend on the warmer side, which makes them ideal for the long growing seasons that wine requires to reach its pinnacle. And while it may border the Pacific Ocean as opposed to the Mediterranean Sea, California viticulture benefits from much the same kinds of weather that bless places like Sicily and Provence. It turns out that Napa Valley grapes are close cousins to the kinds they grow in the south of France, and it’s all thanks to the weather that they’re lucky enough to grow in!

A Matter of Taste

California wines also benefit from the many other kinds of produce grown just around the corner. The huge variety of fruits grown in our state can’t help but influence the flavor and character of the wines we produce, which tend to be on the sweeter and fruitier side. California viticulture appeals to the wine aficionado with a bit of a sweet tooth, and as such it has remained a consistent people pleaser for years. 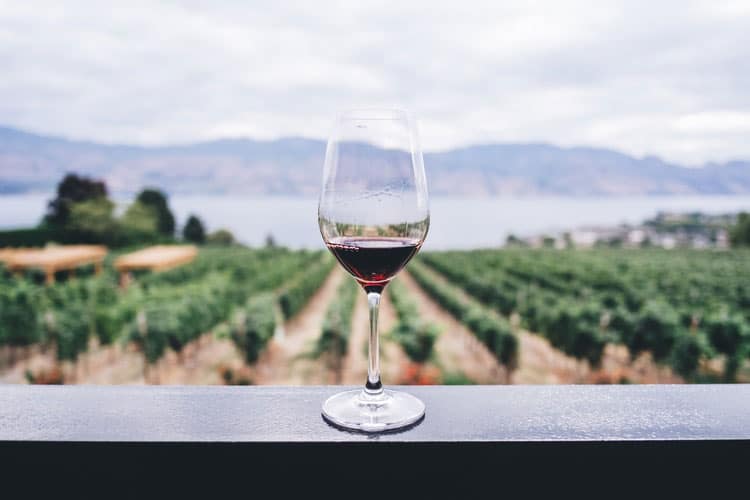 Back in the 1970s, California’s wine industry had the good sense to not simply rest on the laurels of the state’s great climate, and started actively innovating in the areas of wine production and bottling. The state knew it had a great thing on its hands when a selection of California wines was administered to French judges during a 1976 taste test and were deemed best out of all the tasting options. California viticulture was suddenly on the map, and Napa Valley grapes soon became famous the world over.

Another advantage California wines have over libations produced in other parts of the world is its natural irrigation. Unlike many other states, the Mediterranean climate that California enjoys leads to a nutrient-rich soil that’s naturally suited for growing many different fruits and vegetables with a minimum of squandered resources, making it an ideal place to lay down proper and thorough irrigation plans. Great soil and a natural infrastructure that lends itself to easy watering makes California viticulture a no-brainer for many aspiring wine entrepreneurs.

Synergy Between Food and Liquor

As we discussed earlier, California has a rich culture of produce production and consumption that can’t help but influence how its wines end up tasting. But just as important is the role the business of produce plays in making wine a major player: since California is known for its wines, many farmers will have a wine business on the side that can thrive just as easily as their produce thanks to California’s climate. What this means is that California viticulture benefits from not only a great climate, but the robust market that that climate inspires.

The Mercy of the Elements

If you’ve ever spent time in California, you’ve probably heard someone crack the old joke “if you don’t like the weather here, wait five minutes.” While the California climate stays steady, the weather itself—particularly in the greater Bay Area, where much of the state’s wine is produced—is in constant flux, exposing grapes in Napa Valley and beyond to everything from warm sun to chilling rain, often in the span of a couple of days at a time. While it isn’t so convenient when it comes to vacation packing, it gives California viticulture that much easier of a time thriving.

There are tons of different factors that come into play regarding what makes California such a great place to grow wine, but the bottom line is that each one wouldn’t be worth much all on its own. Like its history with movies and technologies, a mix between forward-thinking entrepreneurs and a fantastic environment in which to work combines to make California viticulture one of the biggest and best things to come out of our state. There are a lot of things you can read about why California wine is so good, but ultimately, you know it when you taste it.

Go to the Next Level with Fruit Growers Supply

The California wine industry has been around for quite some time, and Fruit Growers Supply has also played an integral role in our state’s agriculture for a long time, too! We’ve been serving farmers and agriculturalists around Southern California for over a century, and we have no plans on slowing down any time soon. From the everyday tools you need for your daily Southern California viticulture work to the sophisticated irrigation planning you need to bring your operation to the next level, our friendly and knowledgeable pallet, wax, corrugated box, irrigation, and agricultural supply experts will be glad to help you out.

Your grapes deserve the best, and we’re here to make sure they get it. Be sure to get in touch with us today and let us know how we can help you achieve your goals. Whether you’re knee deep in California viticulture or tending a humble home garden, you have a friend in Fruit Growers Supply.

The Importance of Native Planting