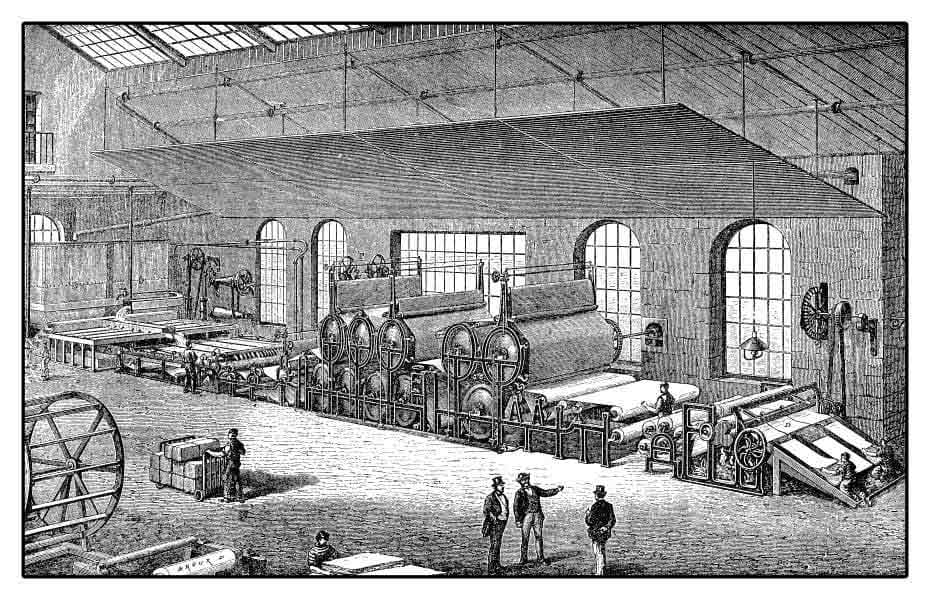 For most of human history, packages have been made from wood and fiber in some form, and there have been many marvelous and useful innovations since the primitive baskets of 12,000 years ago. Paper was invented as recently as 2,000 years ago (and known only in Asia for half of that time), while the use of wood fibers is only about 150 years old. Corrugated fiberboard has only been in use for about 140 years (Cartons, Crates, & Corrugated Board 2015).

What is the Meaning of Corrugated Paper or Fiberboard?

Corrugated fiberboard is a material consisting of a fluted corrugated sheet and one or two flat linerboards. The inventors of the corrugated board applied the same principles to paper as ancient architects did to buildings. When trying to uphold heavy loads, the most efficient way is by using an arch, and due to its inherent arch structure, corrugated fiberboard offers many advantages: A light weight, durable structure, and good performance (Corrugated Board Structure: A Review).

The Meaning of Corrugated Paper in the Early 1800s

The modern corrugated fiberboard containers would not be possible without the papermaking inventions of the 1800s. The paper making machine and the process for pulping wood were both indispensable for the rise of the container that dominates modern physical distribution (The History of Corrugated Fiberboard Shipping Containers). The first basic paper mill in the U.S. was built by William Rittenhouse near Philadelphia in 1690.

Little evidence of early paper packaging survives as it was thrown away and usually of the lowest quality paper. Paper was expensive, and, through the end of the 18th century, was primarily made of rags as opposed to modern corrugated paper and its meaning of strength and durability (The Origins of Paper Based Packaging).

The first modern papermaking process was put into operation in England in 1804 and consisted of a machine that deposited watery pulp onto a moving wire belt mold, where it was then drained and fed through a series of felted press rolls and heated dryer rolls to remove the water. Then and now, the process and the machine are known by the name of the London stationers who financed the original machine – fourdrinier. The first American fourdrinier was put into operation in New York in 1827.

The cylinder machine was invented shortly thereafter in 1809 and operated on the principle of rolling a mesh cylinder mold through the pulp slurry to scoop it up and deposit it onto a moving felt belt. This resulted in sheets of paper pasted together to make a basic jute linerboard – a predecessor of the corrugated paper and fiberboard meaning that we know today.

While the cylinder process competed with the fourdrinier process for several decades, the fourdrinier machines and its product were decidedly of a higher quality and the preferred method by 1850 (The Origins of Paper Based Packaging).

The Invention of Corrugated Paper

The first patent for corrugated paper with its current meaning was issued in 1856 in England and used primarily to support ruffled collars and hat bands. This was followed closely in 1871 by the first patent for corrugated paper as a packaging material by Albert L. Jones in America. This was a textured cushioning material used to wrap bottles and protect against breakage (The History of Corrugated Fiberboard Shipping Containers).

The early corrugated wrapping materials and corrugated paper meaning described thin straw sheets, like the straw wrapping paper of the period. The sheet would be dipped in water and then passed through heated fluted rollers. Basic developments in single-faced corrugated boards continued through the late 19th century and in 1894, The Thompson Norris Company produced the first double-faced corrugated boxes for light deliveries in New York City (The History of Corrugated Fiberboard Shipping Containers).

Types of Fiber Used to Produce Paper Products in the 1800s

Jute paper (also known as rope paper), was made from recycled waste paper reinforced by strong jute fibers which had been recycled from used rope and burlap bags. The tough flexible paper came to be used for most early flat and corrugated paper, meaning the paper that was used through the end of the 19th century.

In 1884, jute fiber reinforcement was replaced with long strong kraft wood fibers in the newly invented kraft (also known as sulfate) process. This technique utilized the almost weed-like growth of pinewood in the Southern U.S. and was named after the German and Swedish word for “strong.” After the invention of the kraft process, kraft paper was quickly adopted for uses where strength was valued in corrugated fiberboard.

Advantages of Kraft Paper over Jute

The advantages to kraft paper were that it retained much of its strength and increased the amount of recycled paper and corrugated paper board, meaning that it could be used in packaging and also made it possible to form board on a fourdrinier machine. This ignited a paper industry expansion that fiercely competed with the cylinder-made jute linerboard. 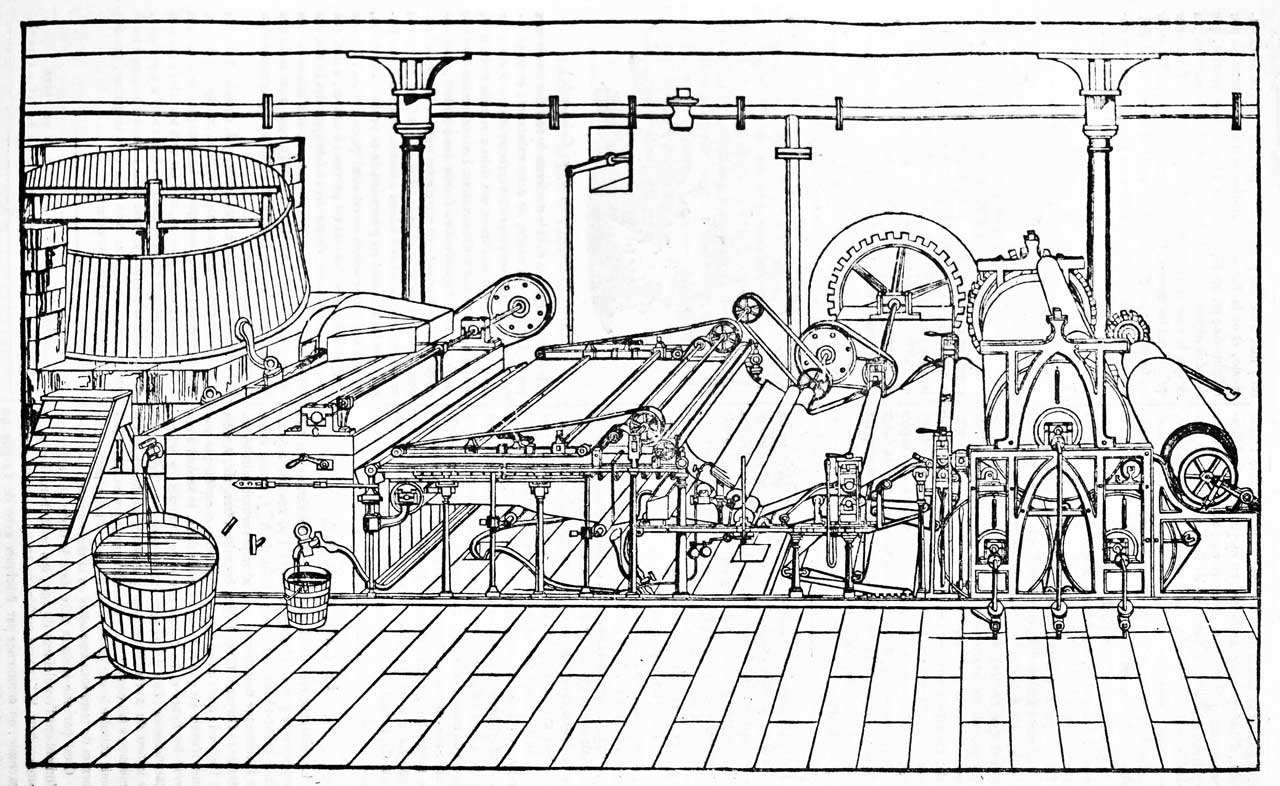 The first serious use of corrugated paper (meaning corrugated fiberboard) came in 1903 when a cereal manufacturer was granted an exception to the wooden box use requirement for rail transport. This exception resulted in the major corrugated paper manufacturers uniting in a cooperative effort to standardize the material and make it fully acceptable to all American railroads. This cooperative eventually became the Corrugated Paper Patents Company and, through a series of trade associations, the Fibre Box Association.

In 1906, a request was submitted to the managing railroad classification committee to permit the use of corrugated fiberboard boxes. The committee approved the new boxes in 1906 with stipulations on the perceived lower quality of the material. In 1909, several fiberboard manufacturers had banded together to form The Fibre Shipping Container Association and developed quality standards for corrugated board properties based on the thickness of facings and bursting strength, measured by the Mullen tester (The History of Corrugated Fiberboard Shipping Containers).

As confidence in the meaning of corrugated paper fiberboard grew, more and more household goods and hardware began to be shipped in corrugated fiberboard boxes. However, the higher freight rates imposed in 1906 were still in place and boxmakers sued the railroads for discrimination in 1914.

Fortunately, the Interstate Commerce Commission decided in favor of the boxmakers, meaning that corrugated paper boxes were redefined as being the same as wooden boxes and all future tariff discrimination was prohibited. This decision elevated fiberboard boxes out of a subordinate position and to its own legitimate place as a packing material.

The quality standards developed by the Fibre Shipping Container Association were compiled and published by all freight classifications in 1919 as Rule 41, which still exists today (The History of Corrugated Fiberboard Shipping Containers). The most important part of Rule 41 was that the boxes must contain and protect the shipped goods. As a result, the materials and structures were primarily designed for burst and puncture resistance (Mechanics of Paper Products).

In the 1920s, corrugated containers overtook solid fiberboard as the packaging of choice, and The National Association of Corrugated & Fibre Box Manufacturers was formed to maintain quality standards.

The Meaning of Corrugated Paper Boxes Then and Now

Although the corrugated box style still used today is largely the same in outward appearance as it was in the early 20th century, there have been many changes in materials and technology —from new sources of pulp to new processes for combining the board and converting it into boxes.

World War II was instrumental in the development of wet-strength boards, as regular fiberboard boxes failed in the South Pacific when stored outdoors. In the 1940s, paperboard mills could not keep up with demand for water-resistant solid fiberboards, so the kraft board mills and box makers developed a new type of corrugated paper board, meaning the addition of heavy liners and water-resistant glue.

The ballooning demand for corrugated board during and after WWII stimulated the building of more kraft mills, ultimately crowding out the juteboard and solid fiber box suppliers. Since then, corrugated fiberboard in the U.S. has been manufactured with a high virgin kraft content. 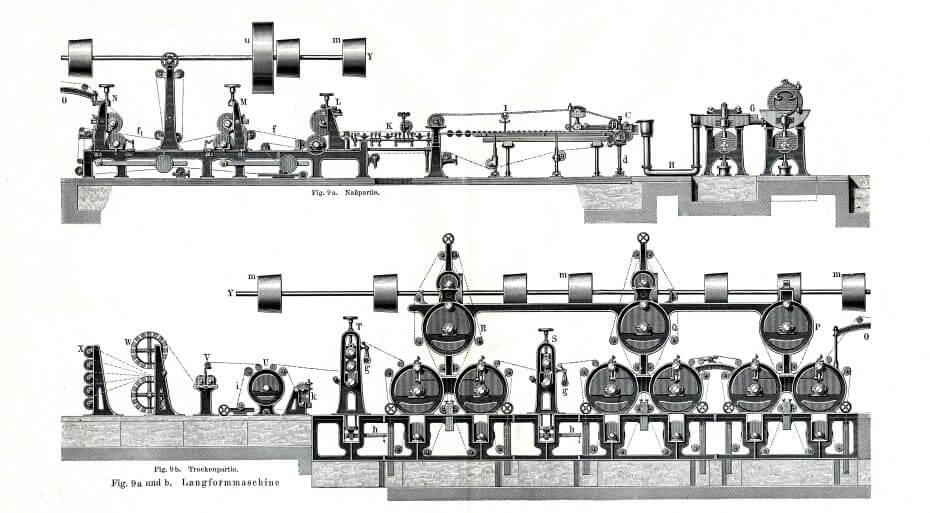 Corrugated fiberboard containers continued to change and grow as the 1960s saw the development of wax impregnating. This made the boxes suitable for agricultural products with a high moisture content — including everything from fruits and vegetables to fish and meat. By the 1970s, nearly every product in the U.S. was shipped in a corrugated fiberboard shipping container (The History of Corrugated Fiberboard Shipping Containers).

The recycling wave of the 1990s once again changed the meaning and materials of corrugated paper fiberboard as more and more old corrugated containers were being recycled to reclaim the fibers. This process was done as early as the 1930s, but is more prominent today. Fiberboard content varies depending on the state of recycling, although it is still reliably high in kraft content (The History of Corrugated Fiberboard Shipping Containers).

Corrugated Paper and its Meaning in the 21st Century

At the turn of the 21st century, corrugated fiberboard containers represented 80% of the nearly $46 billion paper-based packaging materials produced. At over 20 packaging technology programs across the United States today, research continues to improve the strength and structure of corrugated fiberboard to be sturdier, lighter, higher in thermal resistance, and more environmentally sustainable. 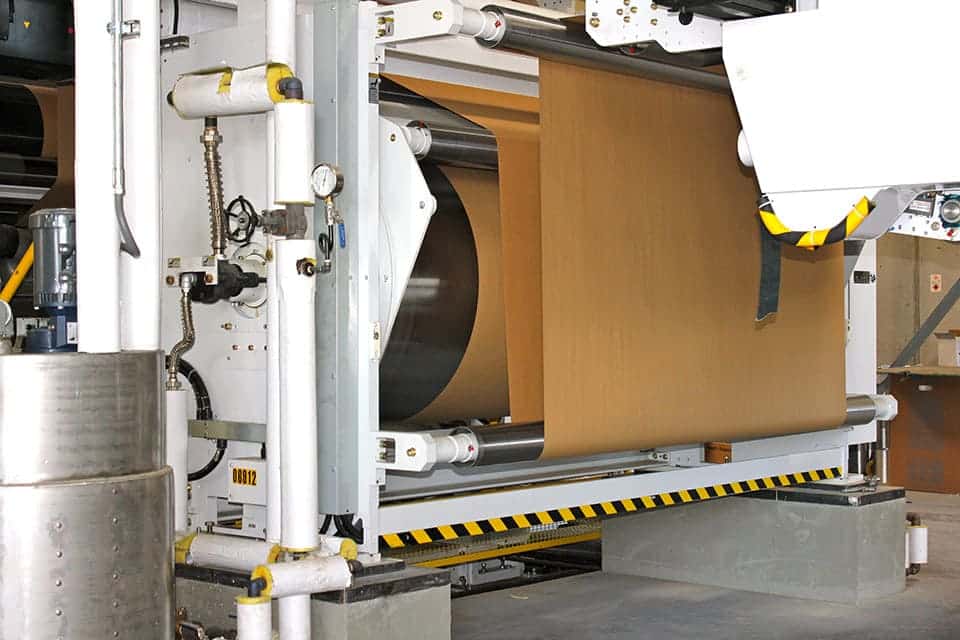 Sustainable Forestry: The Perfect Blend of Responsibility and Growth