Ever wondered how grocery store produce gets from the farm to the grocery store? Shipping fresh produce is a lot more complicated than you think, and it involves several supply chains and lots of different equipment, including corrugated boxes and pallets. Spoiler alert: it’s more complicated than you might think. Here’s everything you need to know about how farm produce makes its way from the farm to the store.

Where Do Your Fruits and Veggies Come From?

Whether it’s carrots, kiwis, grapes, or cauliflower, there’s a good chance that your fruits and veggies come from California. The “Golden State” boasts more than 77,500 farms and produces more than 400 different types of grocery store produce, including two-thirds of the country’s fruit and nuts.

First, farmers need to grow, nurture, and cultivate the grocery store produce that you see in the grocery store. There are a number of factors that influence this process, including soil conditions and weather elements. They need to carefully plant, irrigate, and fertilize to ensure maximum crop yield.

The time of year will also impact the fruit and vegetables you can find in the stores. Farmers can sell citrus fruits, for example, during the first half of the year, and sell these to grocery stores as standalone products or to companies who use fruits and vegetables to make other types of food and beverages like salads or juices.

Farmers might also sell grocery store produce such as nuts, stone fruit, avocados, grapes, and row crops during the second half of the year when citrus isn’t coming off the trees. Either way, growing farm produce is obviously the first step in getting the groceries you need to fill your grocery carts.

After farm produce reaches optimal growth, it’s time for harvesting. This process often requires a huge workforce in the case of large farms and high-volume crops that are delicate to pick. Also, many farmers choose to hire seasonal employees for harvesting to keep costs down and provide jobs where they are needed most.

For small farms, it’s usually just one or two people harvesting grocery store produce by hand for smaller crops that are harvested less frequently, like carrots or potatoes. In some cases, grocery stores work directly with farmers during harvesting time to ensure they’re shipping fresh produce straight from the fields.

Harvesting needs to be done carefully as produce is more likely to get damaged during this process. Since grocery stores are picky about their produce, farmers take extra care to ensure produce arrives in great condition. Some grocery stores will also inspect grocery store produce at the farm or auction before buying it. 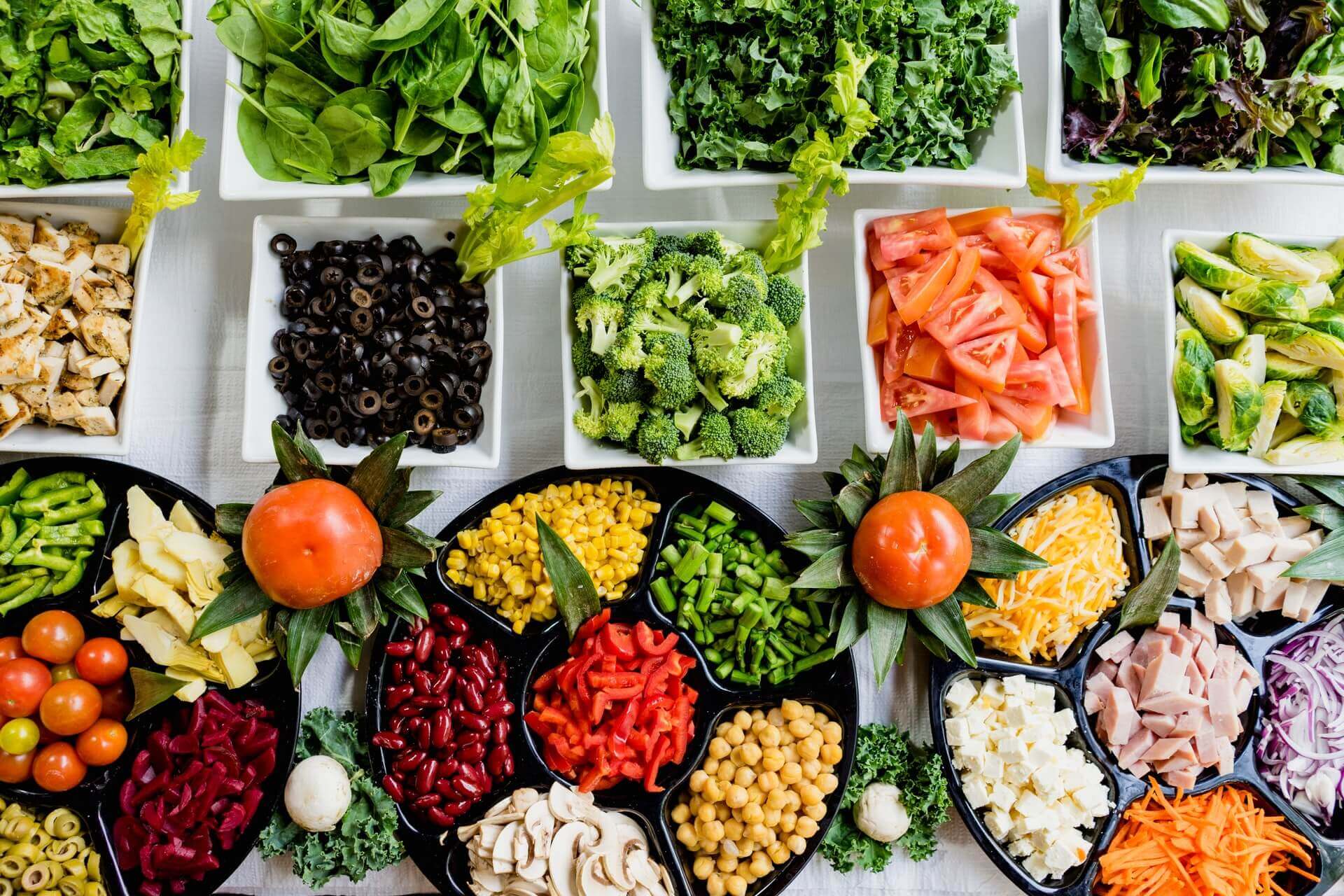 Once fresh produce is harvested, it has to be sorted and graded to ensure that grocery stores receive a high-quality product that they can sell to shoppers. The sorting and grading process often involves checking how the fruit or vegetable looks on the outside, its size, shape, color, blemishes, or marks on the skin – these are called “quality grades.”

Part of this process also involves checking for:

As a consumer, you should always clean your grocery store produce before eating. Never assume that just because it looks clean, that it is. In fact, grocery store-bought produce that is not cleaned correctly before consumption is one of the leading sources of food poisoning in the United States. So, it’s always best to be safe rather than sorry.

Waxing fruits, and sometimes even vegetables, can help to prevent bruising, delay decay, and make grocery store produce look more appealing on the shelf. After processing, the packing houses will pack them into corrugated boxes and stack them onto wooden pallets that protect them during transport.

Pre-cooling grocery store produce is vital to keeping the produce fresh on its journey without risking spoilage or before getting it ready for shipping. Large-scale farmers often keep fresh produce in storage facilities with cooling units that keep the temperature and humidity stable to help preserve freshness.

Pre-cooling fresh produce is a careful balance between maximizing freshness and preventing spoilage. The refrigeration process itself doesn’t stop the produce from decaying – it just slows it down. Farmers and wholesalers usually pack grocery store produce in containers that prevent rapid temperature changes and protect the produce from absorbing other odors or flavors during transport.

Once farmers have cleaned and packed the fruits and vegetables, the transportation process begins. Whether these foods originate from California, Mexico, or elsewhere, grocery store produce is shipped in large trucks to grocery stores across the U.S.

Again, cartons and pallets prove useful during this process. Fruits and vegetables that enter the U.S. from Mexico and other countries will likely undergo custom checks. Research shows that farmers outside the country produce 50 percent of fresh fruits and 20 percent of fresh vegetables in the U.S.

Shipping grocery produce involves a lot of manpower, and fruits and vegetables pass through several different supply chains before they make it to the grocery store. Wooden cartons and pallets are an important part of this process, providing farmers with a way to transport grocery store produce safely and quickly.

Transporting fresh produce to grocery stores isn’t easy, and farmers use a number of different techniques to ensure food safety during the grocery store shipping process. These include ensuring that trucks are clean, avoiding cross-usage of packaging materials, and maintaining optimum conditions during transport.

Once truckloads of fresh produce arrive at grocery stores across the country, workers unload cartons and pallets of produce and stack them on the grocery store shelves. Excess produce is stored in large walk-in coolers to extend shelf-life.

After shipping fresh produce, some grocery stores also clean it before placing it on their shelves, even if farmers have already done it. Workers typically run grocery produce through washers to remove dirt and pesticides. What you now see on the shelves is grocery store produce that has been harvested, cleaned, and is ready for sale. 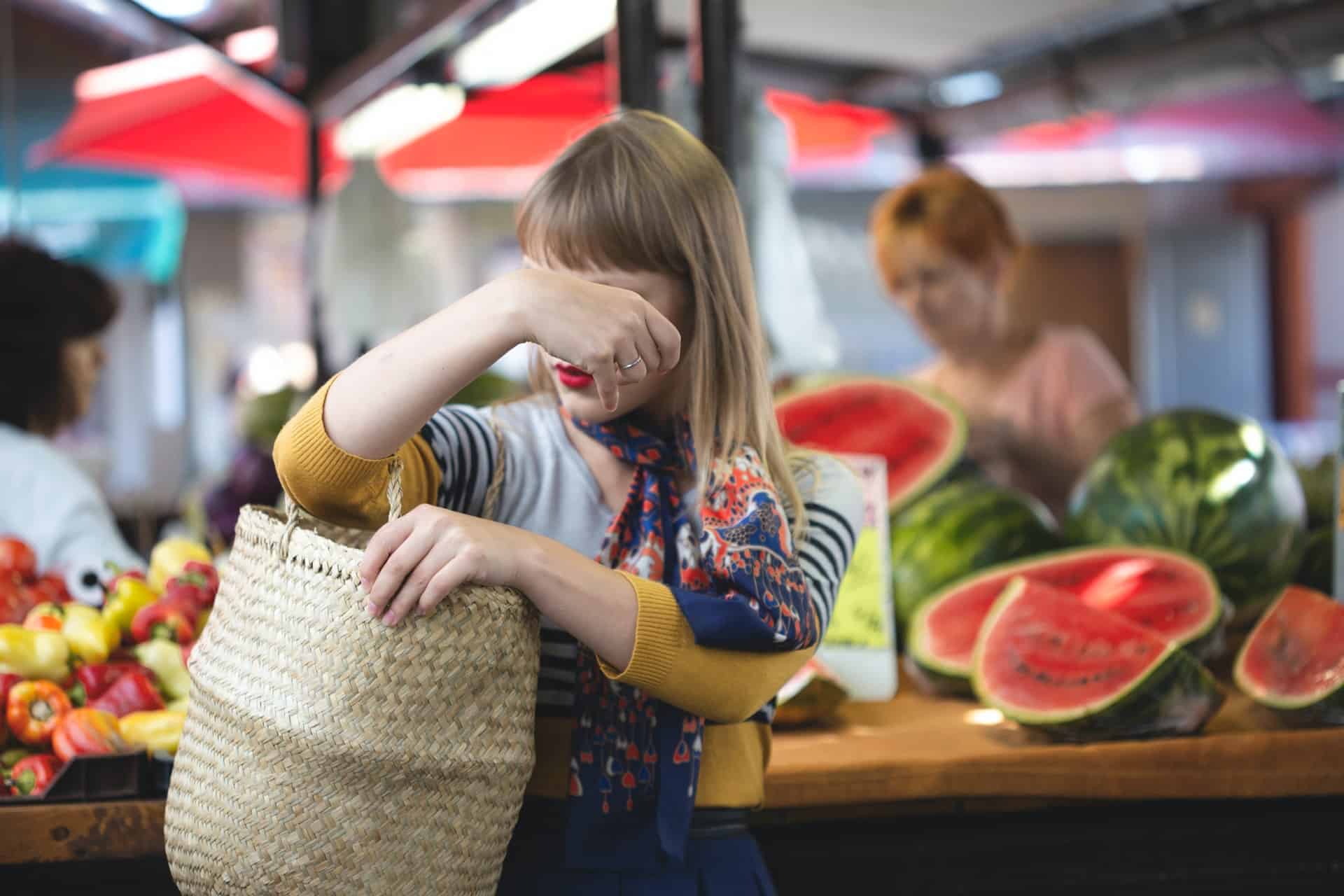 As you can see, it’s not just a matter of farmers delivering to grocery stores and shoppers picking up their produce. There is actually a complex process that goes into getting the grocery store produce to the shelves. With so many grocery stores located throughout the country, it would be impossible for grocery stores to get all their products directly from the farms themselves.

They need the help of grocery distribution centers and local farmers to get fresh produce onto their shelves. So, the next time you see grocery stores with so many fruits and veggies available for purchase, be sure to appreciate the hardworking farmers and distributors who work day and night shipping fresh produce to make sure it’s readily available for consumers.

Want to learn more about grocery store produce or how farmers ship fresh produce? Read more on our blog at Fruit Growers Supply. As a one-stop-shop for growing and post-harvest needs, we strive to help growers get the supplies they depend on, including pallets, corrugated boxes, high-quality shipping boxes, and more so they can get their fresh produce to grocery store shelves with ease.

You can find out more about us by visiting our website or contact us to speak with a representative – we offer free consultations.

Where do grocery stores get their produce?

How does fruit get to the supermarket?

Local farmers, distributors, as well as importers, help bring fruit to supermarkets. Most fruit is brought to the grocery store in trucks. Because it takes a long time for fruit to ripen, many fruits are picked when they are still unripe and then shipped out in large quantities.

How do grocery stores get their produce?

Grocery stores get their produce mainly via intermediary distributors or brokers. Stores can also buy produce at auctions, directly from importers/exporters at the port of entry, or receive donations from local farms. A grocery store may purchase different products from a variety of sources.

How is produce transported?

The journey from the farm to the grocery store is a long one. In order, produce goes from the grower to wholesaler, distributor, retailer, and finally to your kitchen table. Along the way, it’s transported via trucks, trains, and planes.

How long does it take for produce to get to the grocery store?

Typically, produce that is coming from farms that are more than 100 miles away will be trucked to the grocery store or supermarket within 3 days. Some of this produce comes from overseas, and it can take longer before it reaches the store’s shelves.

How do grocery stores keep track of what produce to keep in stock?

Grocery stores often receive daily shipments of produce from nearby farms and warehouses. Produce managers at the grocery store will use a computer management system to keep track of what produce is being brought in and when it is expected to arrive. This helps them ensure that the right kind of produce arrives at the right time so that it can be prepared for the shelves before it goes bad.

When produce managers find that certain items are becoming less popular, they will often order smaller quantities as to not waste as much product. They can also use the management software to determine if a certain type or brand of produce is gaining popularity so they can better plan their future orders.

How is fresh produce processed to prepare for shipping and display?

Fresh produce is sorted, graded, cleaned, packaged, and stored for transportation. Produce is stored in specially-designed corrugated packaging that protects the produce during transportation and storage and makes it easy to unpack for display in the grocery store.

The Benefits of Pesticide Use in Agriculture