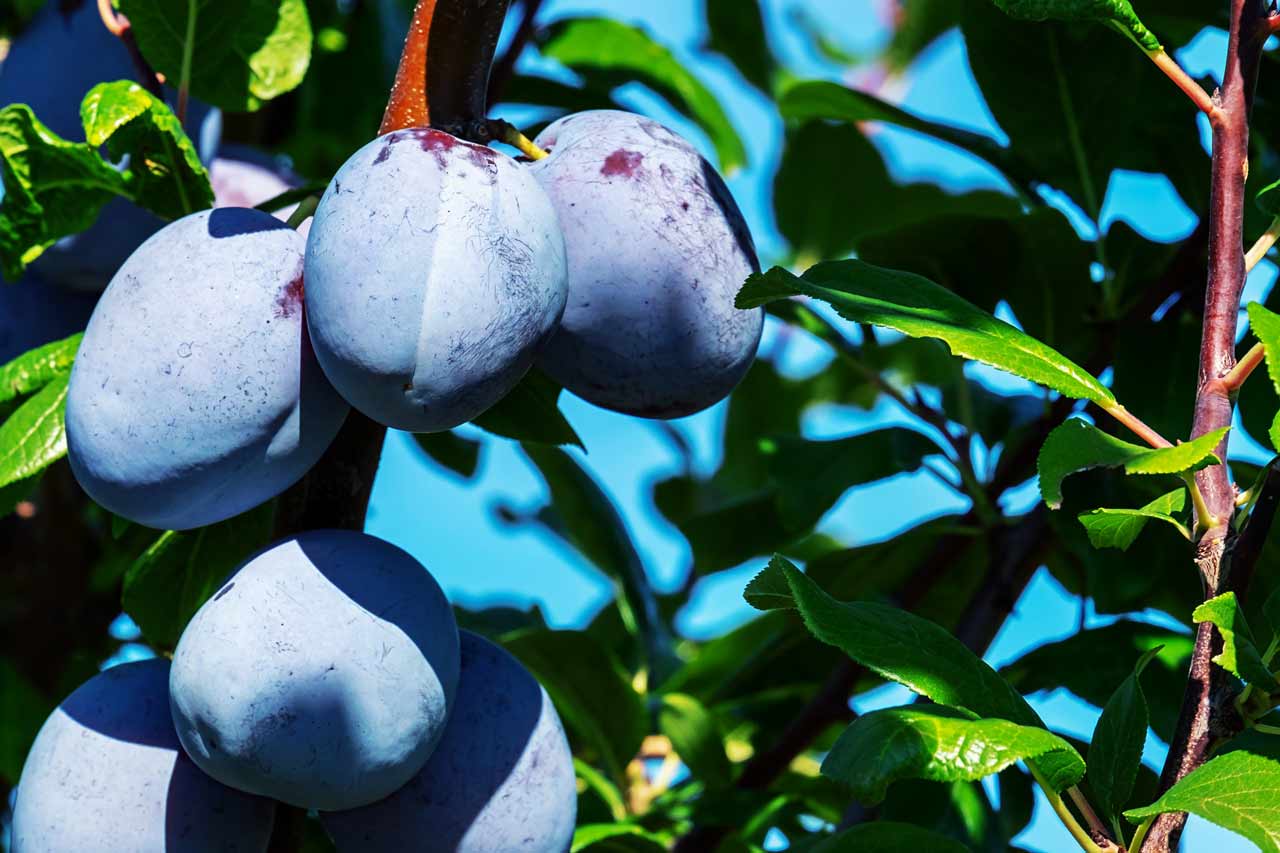 Who doesn’t love biting into the soft, juicy flesh of a fresh plum? These early to late summer favorites make the perfect snack for picnics in the park, delicious plum pies, prunes, and prune juice for year-round enjoyment. In 2014, fresh plum crops in California were worth $68,475,000 without counting the 50,000 acres of prunes. In fact, 95% of domestic plums are grown in the state of California and prunes are one of our top exports. If you are interested in cashing in on this lucrative crop, read on to learn more about the types of plums that flourish in the Golden State’s Mediterranean climate.

While there are many types of plums that grow readily in California, most — if not all — of these cultivars come from two main species: the Japanese plum (Prunus salicina) and the European plum (Prunus domestica). Japanese plums are grown solely for the purpose of fresh fruit consumption and European plums are grown mostly for drying as prunes, although 2-3% of the European plums grown in California are also sold as fresh produce. Both kinds of plums mature in a similar time frame — approximately 140-170 days — however, Japanese plums require a shorter chilling period, making them an ideal choice for mild winters.

Types of Plums to Grow in Your Orchard

The following low-chill types of plum trees will grow in all six of the major growing regions of CA:

The Beauty is a heart-shaped Japanese plum variety with amber flesh and red-green skin. This self-fertile tree makes a good pollinator for other plum varieties and ripens early from June to July.

The Burgundy is another self-fertile Japanese variety with red-purple flesh and skin. This small-pit plum matures from early to late August.

The El Dorado plum is a large oblong Japanese variety with amber-yellow flesh and dark purple skin. Harvest is from early July to August.

The Friar is an old Japanese variety that has black skin, amber flesh, and is essentially tasteless. Harvest these plums in August.

The Kelsey plum is a green, heart-shaped variety with a low-acid sweet flavor and freestone pit. This plum is harvested in August along with most other plum varieties and keeps well on the tree.

The Laroda is a Japanese plum variety with an excellent, wine-like taste. This dark purple variety is ideal for mild climates and ripens in August.

The Mariposa is a medium-sized Japanese blood plum with sweet, soft red flesh and a small, near-freestone pit. Plant this variety near other types of plum trees like Santa Rosa for more abundant pollination.

The Red Beauty is named for its red skin, although the flesh inside is amber. This Japanese variety has a pleasant sweet-and-sour taste and ripens earlier than most others, in June.

The Santa Rosa plum was bred in Santa Rosa by the famous California horticulturist Luther Burbank. This purple-skinned variety is especially popular for its excellent flavor, large size, and versatility for use as fresh fruit, canning, or cooking.

Satsuma plums are small to medium in size with sour green-maroon skins and juicy dark-red flesh. They ripen in August in the cooler regions and July in Southern California.

These medium-to-high-chill plum types of plums grow in every region of CA except for Southern California:

The Autumn Rosa is a large, self-fertile Japanese plum with purple skin that ripens from late August to September.

Just like the name implies, the Elephant Heart is a large, heart-shaped Japanese variety. It has purple skin and ripens in August.

Golden Nectar is popular for its tender yellow skin and great flavor. This Japanese plum ripens from late August to September.

Howard Wonder is one of the largest Japanese freestone plums with a round shape and yellow flesh. This variety ripens along with most of the other types of plums — from early to late August.

Nubiana is a purple-black oblong Japanese plum with yellow flesh and a sweet flavor. Harvest from early to late August.

Appropriately named, the President is a very large European plum with royal purple/blue skin and yellow flesh. This late-ripening variety ripens in late August and September.

An American variety, the Roysum is valued for its freestone fruit and postharvest durability. If you grow several types of plum trees, the Roysum extends your earning season with harvesting in September and October.

Shiro is an American cultivar bred from four international plum varieties. This variety has green-yellow skin, yellow flesh, and ripens from early to late July.

The Simka is a purple-skinned, heart-shaped plum with a pleasant, sweet flavor. It ripens from early to late August and keeps on the tree for a couple of weeks.

The Sprite Cherry plum is a medium-sized Japanese plum-sweet cherry hybrid with amber flesh that tastes like cherry. Harvest these types of plums from early to late August.

Another innovation of Luther Burbank, the Wickson is a large, green-yellow heart-shaped plum with sweet, firm, yellow flesh. Harvest from July to August.

Plum Varieties for Sale as Prunes 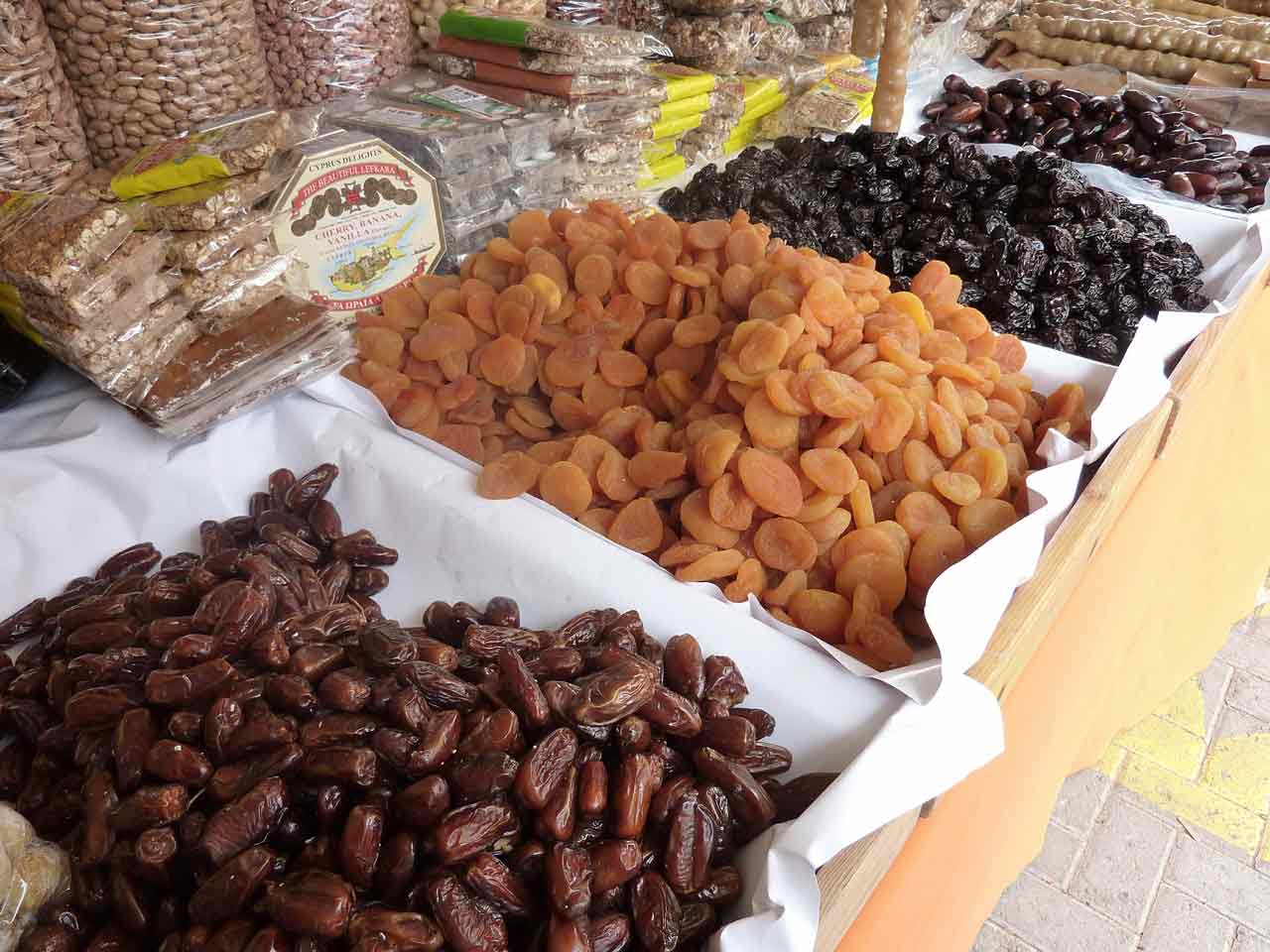 The types of plums we have listed so far are ideal for fresh fruit, baking, and canning. However, if you live in a cooler region in the state that can provide the right chill conditions, you might consider growing plums for prunes. In California, the four standard prune varieties are all European and mature from mid-to-late August:

The types of plums we have listed so far are ideal for fresh fruit, baking, and canning. However, if you live in a cooler region in the state that can provide the right chill conditions, you might consider growing plums for prunes. In California, the four standard prune varieties are all European and mature from mid-to-late August:

Ensure a Bumper Crop Each Time with Fruit Growers Supply

Depending on the types of plums you plant, you will need to meet the variety’s specific soil, water, fertilizer, and spraying requirements for maximum yield and minimal spoilage. As your fruit supply specialist in California and around the country, Fruit Growers Supply offers crop-specific irrigation systems, fruit-specific corrugated packaging, and specialty sprays to protect your crop at our full-service retail stores. We also pride ourselves in our excellent customer service and ability to offer competitive pricing and flexible solutions to help you meet your growing needs.

Drop by or call one of our full-service stores in Orange Cove, Woodlake, Riverside, Porterville, or Santa Paula to find out how to maximize the specific types of plum trees that you grow!

The Benefits of Fruiting Walls